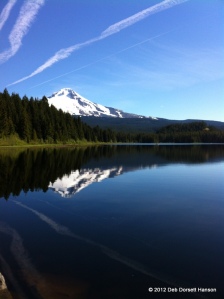 For our summer vacation this year, we traveled to Oregon for two weeks. Having never been there, we were excited to explore as much as we could, though we knew we wouldn’t cover the entire state.

From our pre-trip research we had several “must-do” things to do and places to see, but we were willing to be flexible and go where the spirit moved us (or, as it turned out, where random people we met along the way told us we should go next). We ended up traveling about 1200 miles – mostly the northwestern corner of Oregon – from Portland to Mt. Hood to the Willamette Valley to the Coast with a few side trips here and there.

Being the food, beer, and wine lovers that we are, we were delighted to learn that Oregon is well-known for its many local and independent breweries and wineries and that farm markets were open and accessible almost every place we traveled.

So, today, I’m posting the first of a series of videos from our trip – this one is “The Epicurean Tour of Oregon” with just a sampling of the good food and drink we enjoyed along the way… (believe me – it’s a just sampling – it doesn’t include the amazing Falling Sky Brewery in Eugene or the Ratskeller in Government Camp or many more…)

What Oregon foods and beverages are your favorites?

©2009-2019 Deb Dorsett Hanson, aka DebH2U and EndlessSeeker.com. All rights reserved.